ConnectFlow offers industry-leading capabilities in the representation of hydrogeology and hydrogeochemistry. The software provides a discrete representation of rock fractures and their role as fluid conduits, as well as the more classical continuous porous medium representation of subsurface flow. The software enables the construction of detailed environmental models to calculate groundwater flow and solute transport for a wide variety of physical conditions, using a range of advanced solvers. Models and their outputs can be visualised using ConnectFlow's versatile graphical user interface (GUI), which includes interactive options to support the user in the design and construction of models.

ConnectFlow is developed under a Quality Assurance programme that conforms to the ISO 9001 international standard. A verification document is available from the Downloads section of the website.

The table below lists ConnectFlow's main capabilities, and which modules they are supported by:

In addition to visualisation, the GUI can also be used to construct and run ConnectFlow models from within the graphical environment. Support for interacting with other widely-used modelling packages is also included, for example GOCAD® file formats, ECLIPSE grids, ESRI(TM) surfaces, and many others. 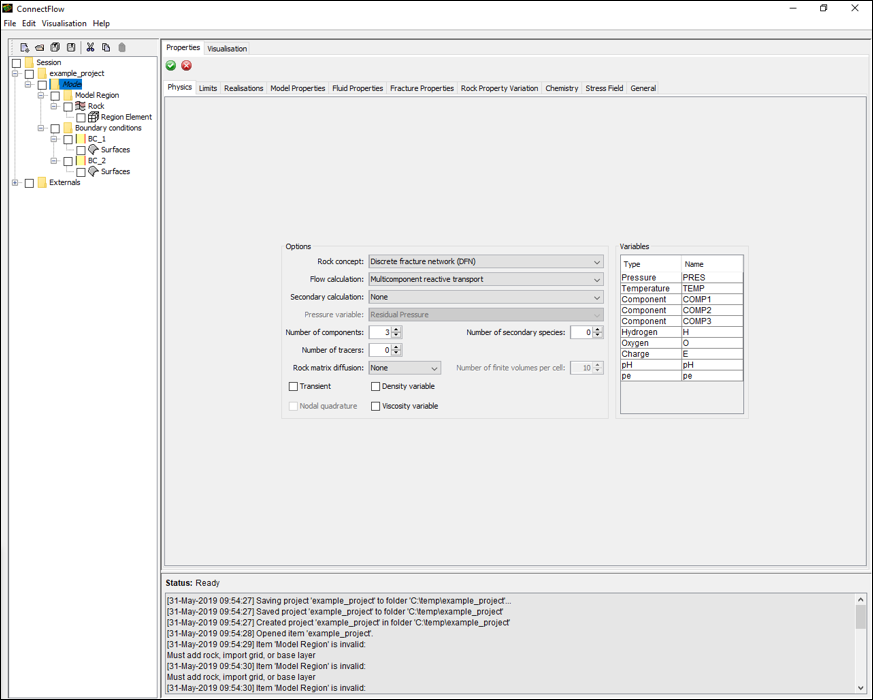 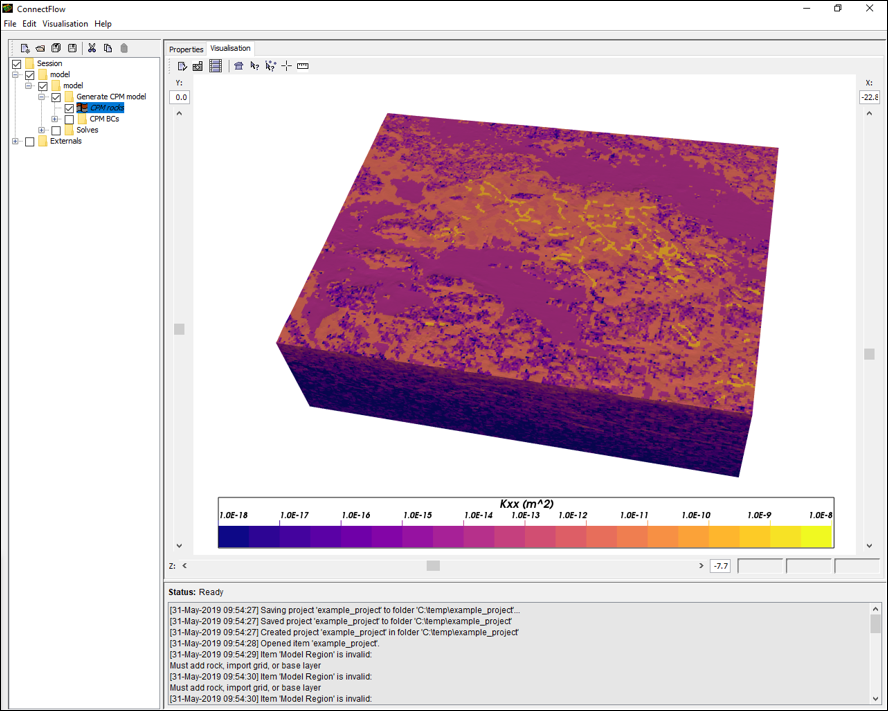 ConnectFlow uses the finite-element approach for spatial discretisation of the modelled region. This is a powerful approach that is well suited to modelling complex geometric domains, such as those that occur in geological environments. ConnectFlow uses a highly efficient finite-element implementation, allowing it to handle large site- and regional-scale models consisting of many millions of grid cells or fractures. Temporal discretisation is achieved using either the Crank-Nicolson method or Gear's method. Non-linearities are treated using the Newton-Raphson iterative method, which converges rapidly given suitable initial conditions. Parameter stepping is implemented for highly non-linear problems, to overcome potential convergence difficulties.

A range of solvers are implemented in ConnectFlow, including an efficient Frontal direct method, the Generalised Minimum Residual (GMRES) iterative method and the algebraic multi-grid (AMG) iterative method. A range of preconditioners can also be applied to help with stability and convergence.

Upscaling is the process in which a DFN model is converted to an equivalent CPM (ECPM) model. This is achieved by dividing the DFN model region into a three-dimensional grid of cells. Effective properties (i.e. porosity, permeability tensor, flow-wetted surface) are then calculated for each cell using a least-squares method, such that the characteristics of the fracture network are replicated (on average) in the ECPM model. Algorithms for geometric, flow-based and transport-based upscaling are available in ConnectFlow. The process can be parallelised to reduce calculation run-times. 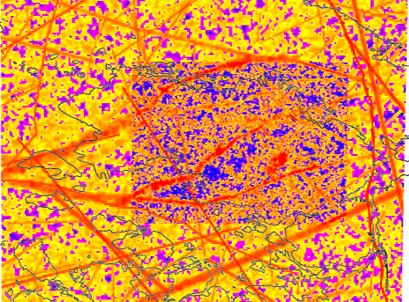 ConnectFlow can read, write and visualise many open-source and third-party file formats:

We can often produce bespoke readers and writers for proprietary file formats.